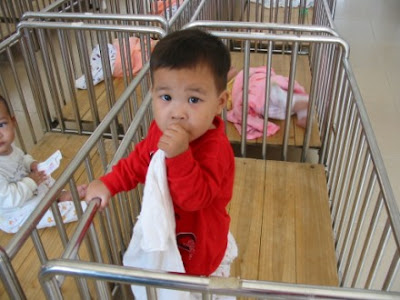 .
Posted by زارا مجيدپور - Zara Majidpour at 3:34 AM Links to this post 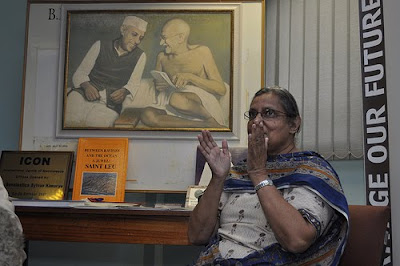 .
Posted by زارا مجيدپور - Zara Majidpour at 4:15 AM Links to this post

Ela Gandhi, on Nelson Mandela and her grandfather 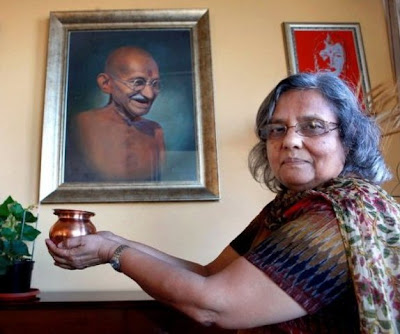 .
An interview with Ela Gandhi by Zara Majidpour

Ela Gandhi was born in 1940 in Kwazulu Natal, South Africa and seven years later India became independent under the leadership of her grandfather Mahatma Gandhi. Her father Manila was the editor of Gujarati-English newspaper and her mother started a non-racial school at Gandhi’s house during the apartheid regime.
.Ela was fortunate to be born into a family that believed that women should have a voice thereby enabling her as an Indian woman of her generation to pursue issues close to her heart by gaining an education and spreading her views on equality throughout the community.
.In South Africa, Ela is revered as one of the most famous female activists of colour. In August 2006, she was the key note speaker at the Women’s Assembly in Kyoto, Japan and she described herself as follows:” I come here as a social, political and religious activist, but above all I am a woman.”

Ela has tirelessly followed in her grandfather’s footsteps by promoting non-violence against women. Ela was not interested in learning Afrikaans which is why she gave up law and subsequently studied social science which she practised for many years.
She was under house arrest for about eight and a half years. After the transfer of power to the democratic government in 1994, she served as a member of parliament from 1994 to 2004.
.Your role models were Albert Luthuli, Nelson Mandela and Walter Sisulu who were all involved in the armed struggle. On the other hand you were inspired by your grandfather Mahatma Gandhi who believed in non violent resistance. How did you get inspired by these completely opposing philosophies?
Gandhi himself worked with Shubhas Chandra Bose and Jayprakash Narayan both were in different ways part of the armed struggle in India, in the army out of the country in the case of the former and in the underground movement engaging in sabotage activity in the case of the latter.
The common factor was patriotism and love of human beings cherishing a passion for human dignity. This then is a common factor in our four pillars of the South African struggle, viz. the mass democratic struggle in the country wedded to the principles of nonviolence. The underground movement, the liberation army which opted for solutions that were not nonviolent and the anti apartheid movement which was nonviolent. Mandela, Sisulu and Luthuli have been vociferous about their support for the nonviolent movement and have said that they only opted for an alternative after the state became intransigent and banned and gagged the movement.
As Gandhi’s granddaughter and Nelson Mandela’s friend, what were the differences between them in freedom struggle?
Both were driven by a passion for liberation and human dignity and towards this end worked tirelessly and selflessly to attain their goals. The difference is not a huge one. Gandhi stands out as a spiritual leader as well as a political leader; Nelson Mandela stands out as a political leader with a strong moral conviction. Their movements were therefore characterized by this difference.

You were an ANC Member of Parliament from 1994 to 2004. Why did you resign before completing your second term?

There were several reasons that led me to resign before the end of my term. 1. I had indicated to my constituency that I was not keen to stand for another term but they wanted me to stand and there was a tacit agreement that I would not complete the term.

This was because I felt that other people in the constituency should gain experience in parliamentary work.
2. I felt that I could do much more work for my country and internationally outside parliament.

3. I felt that the second five years were about delivery and for delivery of services to be efficient and satisfactory there was need to raise community consciousness both of their own role and the government’s role. This could be done more effectively outside parliament as an NGO worker.
You said thinking black, not Indian inspired you. What were the differences between being an African or Indian during the Apartheid regime?

In South Africa the unique feature of apartheid was that it thrived on dividing the communities and the ethnic groups. Each group was encouraged to develop its own ethnic identity and not a national South African identity.

Obviously because things like sports and so on were only for whites and black people were not allowed to compete in international sports or represent their country. So effectively South Africans were the white people of South Africa and the rest of us were identified by our ethnic identity therefore people speak of Zulu and Xhosa and Sotho etc.

We as the oppressed decided to move away from this ethnicity and unite as oppressed people of South Africa under the black consciousness banner. But this did not for me mean an end in itself. I considered myself a South African, and saw that the first step was to unite as black oppressed and then as South Africans.

You met Nelson Mandela before his release from prison. Do you think you have reached your goals after 16 years of transfer of power?

Not at all. We need to look at what was our goal and to a large part our goals were defined in the freedom charter. The ten clauses spell out generally what South Africans had dreamt of.
The racism that continually emerges is not what we visualized, the gap between the rich and poor which has grown, and the continued lack of access to basic facilities such as education, health care and other requirements of life, are all indicators that we have not reached there yet.
But then which country has been able to surpass problems of the past over night without being totalitarian and ruthless. United States and large parts of Europe still have the same problems we have so perhaps the solution can be more easily found if we join hands as the problem in the country started with the expansionist policies of the West.

Do you think, as a political activist, the current ANC leaders are faithful to the founder’s ideals?

I think that by far many of the ANC’s leaders would rank among the best leaders of the world, selfless, committed hard working and conscientious. But there are elements who are driven by self motivation like those of their counterparts in other countries and are hampering the development of the country.

The good news is that it does not take the ANC government to surface these people and these practices 30 years as does in other countries.

What are your objectives with Satyagraha, the monthly newspaper you started publishing recently?
Satyagraha promotes good values, information and awareness together with education. It is non-confrontational, it states the facts and it helps community interpret what is happening.

What is the best childhood’s memory you have of your grandfather, Mahatma Gandhi?

I was 7 years old when he was assassinated. But to me he was a loving and doting grandfather. I enjoyed some really cherished moments with him, sometimes sharing his meal. Sometimes playing and sometimes trying to learn to spin.

But also my enquiring mind picked up some of the key issues in his life such as his simplicity, his communal living. His discipline when he observed silence and his frugal diet. At that age I was unable to comprehend his diplomacy and political work or his work in the community.

..
This interview was translated into Persian (Farsi) and published in Shahrzadnewswebsite
.
Posted by زارا مجيدپور - Zara Majidpour at 4:42 AM Links to this post